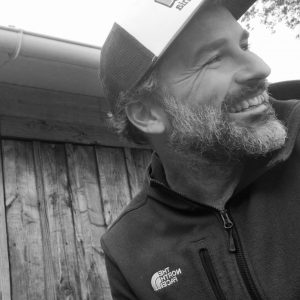 Carsten Wilde was born in Berlin in 1978 and grew up in the vicinity of Dresden. Early in his life, the fall of the Berlin Wall in 1989 and the consequent dissolution of the GDR confronted him with upheaval in an ever-changing society.

His experiences with radical change inform his interest in documentary photography.

He sharpened his eye for photography on his travels to Romania. Other projects led him to Australia, Italy and Poland.

He studied print and new media and Berlin, focussing on photography and image composition. Since then, he has worked with OXFAM and Springer and is the co-founder of Berlin-based Iomagazine. In 2006 he travelled through Latvia for a few months for an extensive photo reportage.

You can find contributions stemming from this projects on Spiegel Online, Geo.de and dasgefrorenemeer.de.
Since 2008, Carsten Wilde has been hard working in Paris and since 2016 he is living in Bordeaux enjoying his extra spare time playing with RC – Airplanes and doing wakeboarding.